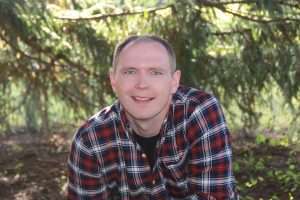 Daybreak on the River with Glen Johnson gets you up and going in the morning!

Glen is from Perryville and is married to his high school sweetheart, Stacey. They have two daughters; Becca, Sadie, and a beagle named Bella who is more or less their third child.

He has numerous awards from the Missouri Broadcaster Association for sports play-by-play and sports programming.  Glen is the former Music and Sports Director for KTJJ in Farmington. He loves the outdoors and is a huge fan of the St. Louis Cardinals!

Listen to Daybreak on the River with Glen Johnson weekday mornings after 6 on 93.9 the River!

Man arrested on murder charge in connection to death of his sister
Former Anna, IL resident convicted of aggravated domestic battery and endangering the life or health of a child
It’s time to “Fight the Bite.” KZIM’s Brandon Dickson explains.